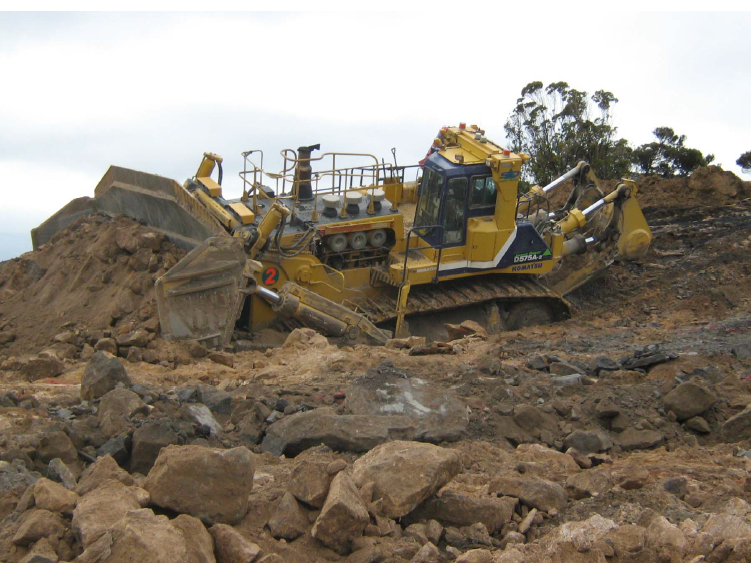 Throughout much of Africa artisanal mining is a major contributor to the income of local communities and to mineral exports of the countries in which these activities are undertaken. These local community mining activities have produced significant output of gold, diamonds, tin, tantalum and gemstones throughout many regions of Equatorial Africa and beyond.

These artisanal activities, usually untaken by self-skilled local community miners, range from shallow surface pitting, gold and mineral panning to more organised shaft sinking and underground down through the surface oxidised zone and occasionally into the hard rock below. Gold processing by the miners has become more sophisticated with the use of small ball mills and crushers ,  and unfortunately, with the still extensive use of mercury to recover the gold once the ore has been pulverised.

The depths and extent to which the artisanal miners have mined has frequently come as bit of a surprise to the modern mining operations mining below these earlier surface and subsurface workings.

Recently the Melbourne-based company,  Austech Surveying and Mapping Pty Ltd, was contracted to undertaken a subsurface investigation, using the CALS 3D laser scanning equipment, to help determine the extent of artisanal mining in the vicinity of a modern gold mining operation in West Africa. Recently Roxgold, a Toronto-based Canadian mining company, which had commissioned a modern gold mining operation on the Hounde Greenstone Belt in south-western Burkina Faso discovered that the local miners had following the rich ore zones from the surface oxidised material  into the underlying hard rock .

The upper production level of this new mine began breaking into through into old artisanal workings 40-45m below the surface pitting and shafts. Many of these earlier workings were either mud or water filled and the mine is situated in an area were the rainy season could result in surface inflow into the upper levels of the underground mine.

A 50mm diameter CALS down hole laser scanner and ancilliary equipment was air-freighted from Melbourne to Ouagadougou, the capital of Burkina Faso, and road transported to the mine site. Laser scanning was undertaken down surface holes drilled by the mining company to investigate the extent of the subsurface voids and down several surface artisanal shafts, of one which was actually concrete-lined whilst the remainder were unlined shafts through the surficial deposits. In addition a number of underground holes drilled to probe the extent of these voids were also accessed and laser scanned where holes were not blocked by mud or rock debris.

Whilst the artisanal mining was generally following narrow high grade veins and was therefore leaving relatively narrow partly open voids, one of the questions which needed to be resolved by laser scanning was how inter-connected were these voids. The presence of numerous surface shafts and extensive pitting along the strike of the mineralised zone was testament to the extent of local mining in the oxidised surface zone, it was less clear as to how extensive and interconnected were the hard rock workings where the local miners had been required to hand drill and blast.

Although the mining company was using a CSM cavity scanner to scan where they could get access into major underground breakthroughs, this equipment couldn’t be used to scan the narrow voids intersected by surface and underground drill holes. This is where Austech’s CALS 3D laser scanning equipment was ideally suited for the investigative work as the 50mm diameter laser scanner can be lowered down most exploration sized surface drill holes and can be pushed up underground holes using hinged carbon-fibre rods.  The project was successfully completed within the time-frame allocated to the on-site work.